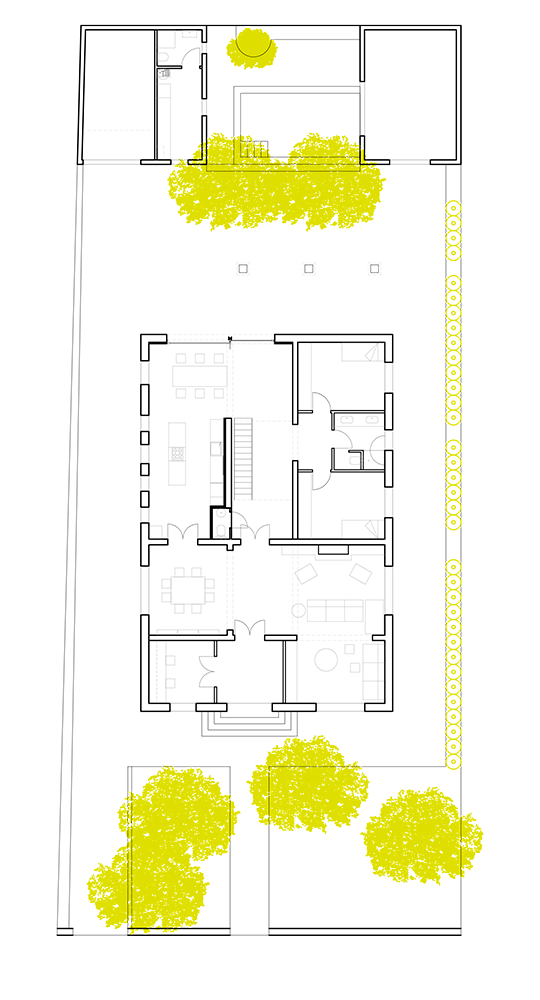 Refurbishment of a stand-alone home constructed in 1950.

In the first two structural bays of the home, intervention is minimal. Existing elements (carpentry and decorative elements) and distribution are preserved.

In the last and final bay, the interior distribution has been carefully reconsidered. The original small living spaces have been unified and new spaces appear allowing greater openness. Existing elements (carpentry, stairs) have been substituted by new ones.

Tiles of calcareous stone have become the new floor. The continuity of this material joins the spaces giving unity to the project.

In the posterior facade, a large window allows daylight into the inside of the home. The garden and the inside spaces – once estranged from each other – have been lovingly brought together.